We have managed to leave the UK without incident, and my passport was not even seen by British border control. Perhaps this was only because so many people are arriving for the Olympics, but we were quite relieved I was not to have a black mark against my name.

The Eurostar and Thalys trains carried us swiftly to Amsterdam, where the weather was unfortunately as wet and un-summery as England.

Thankfully the weather improved, and we really enjoyed exploring Amsterdam by foot along its innumerable canals. 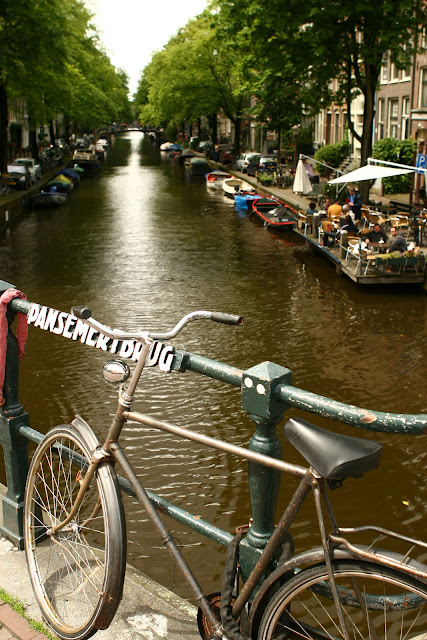 The bike-friendly nature of the city also really appealed to me, though to be offered a clearly stolen bike for €10 was one of it's downsides. 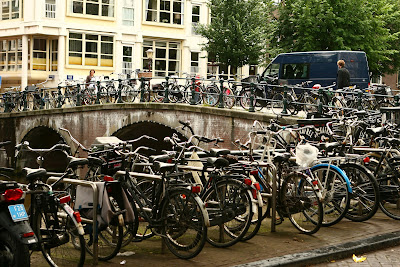 Our main mission for the day was to find and explore the Hofje - courtyard gardens of Amsterdam that are open to the public, but difficult to find unless someone has told you where they are. They were created as a form of social security, usually for women, and some still function as such. This one we found was a sheltered little haven that felt very cosy and secure. 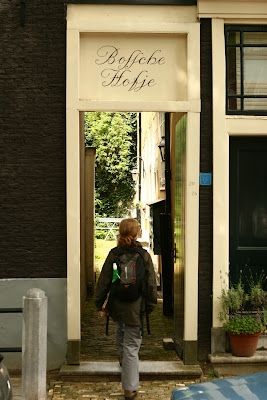 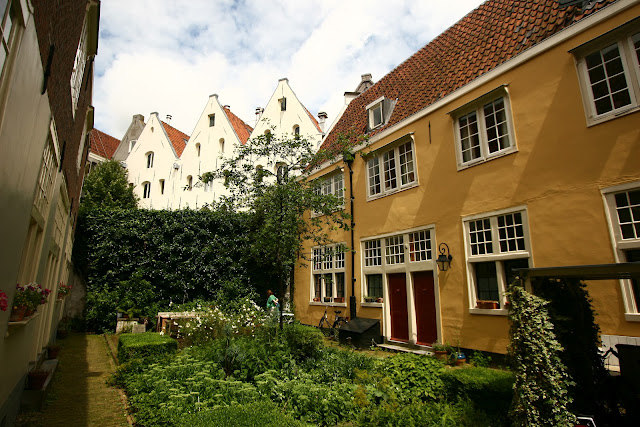 Our trip to Copenhagen that evening was unfortunately not as comfortable. We took a City Night Line train that was incredibly cheap at €29 each, but was almost impossible to sleep on. We shared a compartment with chatty germans, and there were another group next door that drank an impressive quantity of beer.
Posted by Dani and Sam at 10:23